The Merchant Navy Medal is awarded, without bias towards age or rank, to those eligible seafarerswho are judged to have made a worthwhile contribution to merchant shipping, its operations, development, personnel, welfare or safety, or who have performed an act of courage afloat.This year five seafarers from Gibraltar will be awarded the medal.

On the 14th February 2013, four crewmen from the tug Egerton, operated by TP Towage, received the medal for their bravery during the port explosion last year.The barge was berthed against the Western Arm next to the sullage tank that exploded, just metres from the wall of flame that spewed from the steel structure. The fear was that the heat from the tank could set alight the fuel on the barge, creating an additional problem on the water. The Egerton’s manoeuvred alongside and jumped on board to cut mooring lines before towing the barge to safety. Skipper Douglas Pincho, brothers Wayne and Tommy Peñalver and engineer Ernest Lara braved intense heat to tow away a fuel-laden barge that was at risk of explosion.

The Chairman of the Gibraltar Port Welfare Committee James Ferro MBE was also awarded the Merchant Navy Medal. Mr Ferro is being recognised for his services to the committee and to Seafarers in Gibraltar. 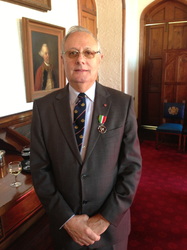 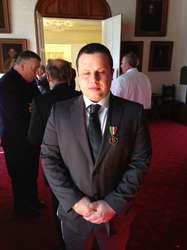 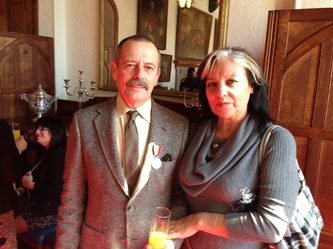 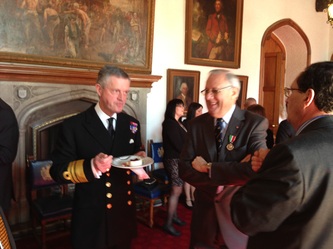